Due to low demand Ferrous prices have stayed low for the last few months this is all a knock on effect from the steel plants closing, unfortnately we now can only collect ferrous metals like cast iron, steel, shearing and light iron for free if you have at least 500kg any loads under that weight would be chargable, however if there is nonferrous metals on site like copper, lead, brass etc which do still have a value then would be happy to take your ferrous metals at the same time as buying your non ferrous metals.

Tata Steel is the latest company to announce that it's cutting jobs in Britain.
The Indian-owned firm has announced plans to get rid of 1,170 people at its plants in Scunthorpe and Lanarkshire.
It's the latest in a series of recent losses across the steel industry in the UK.
Caparo Industries is in trouble and the SSI steel plant at Redcar closed last month, with 2,200 jobs going.

Why are all these steel plants closing? 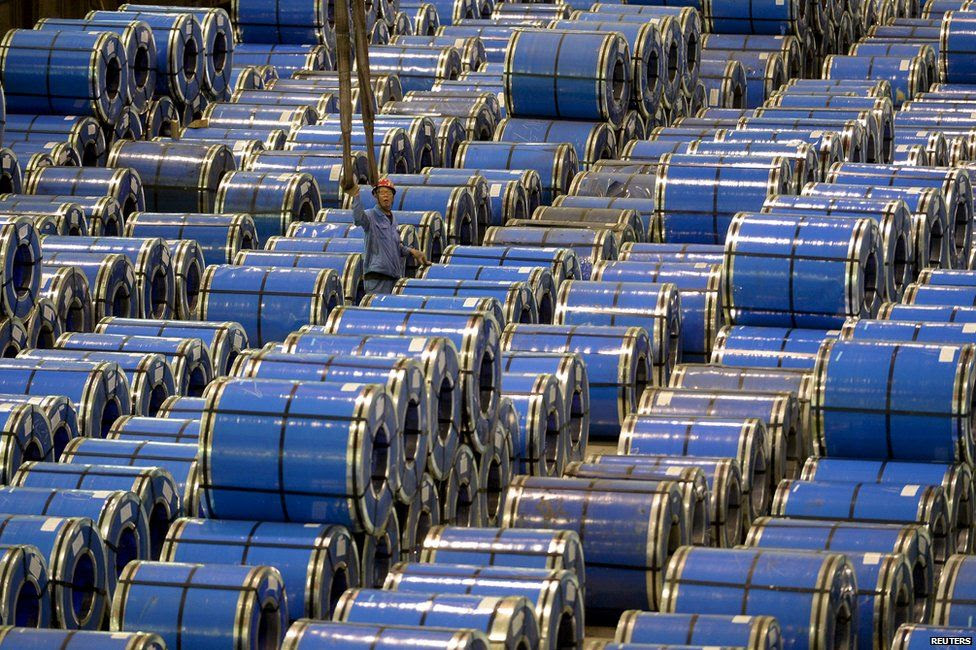 Image captionStainless steel sheets at a steel factory in Taiyuan, Shanxi province, China
The UK steel industry blames cheap Chinese imports for a collapse in steel prices.
It wants action from the government to save British steelmaking and stop Chinese manufacturers undercutting the market with cut-price metal.
Politicians and those in the industry call it "steel dumping".
Tata Steel is blaming collapsing prices, high electricity costs, green taxes on energy prices and the strong pound for its decision to cut back its UK operations.
Basically it's too expensive to make steel in the UK in a highly competitive world market.

How many jobs are at risk? 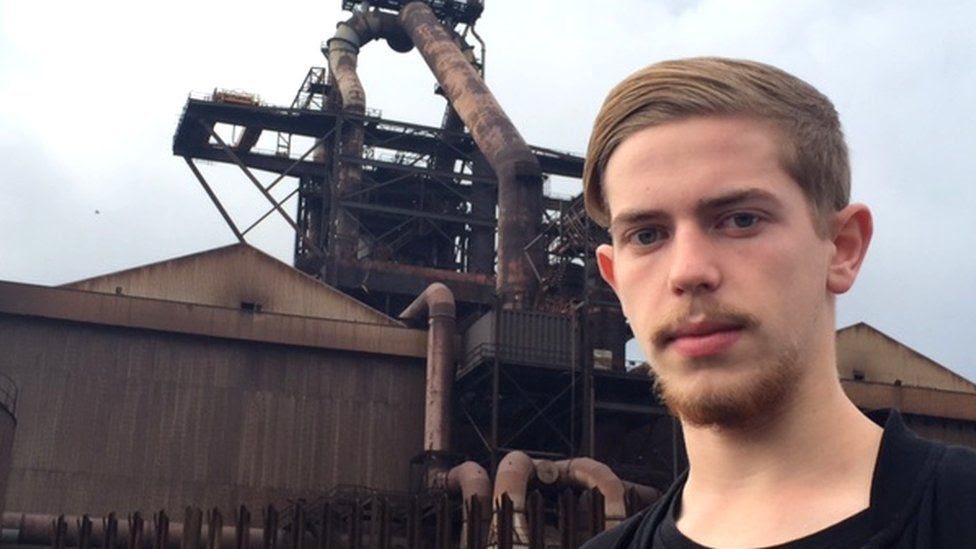 Image captionHarry used to work at the steelworks in Redcar on Teesside but has lost his job
Around 5,200 UK steelworkers face redundancy, the Trades Union Congress (TUC) is warning. That's one in six of all steel workers in the UK.
That number comes from the Thai-owned SSI going into liquidation with the loss of 2,200 jobs at Redcar, a plant which opened in 1917.
Tata has announced 1,170 job cuts in Scunthorpe and Lanarkshire from a total workforce of 4,500 people.
And the Unite Union says 1,700 jobs are threatened at Caparo Industries, which is owned by Labour Peer Lord Paul. It mainly has plants in the West Midlands.
Read about Harry's story - he's 17 and was just about to start a four-year apprenticeship at SSI in Redcar.

What plants are at risk at Tata Steel? 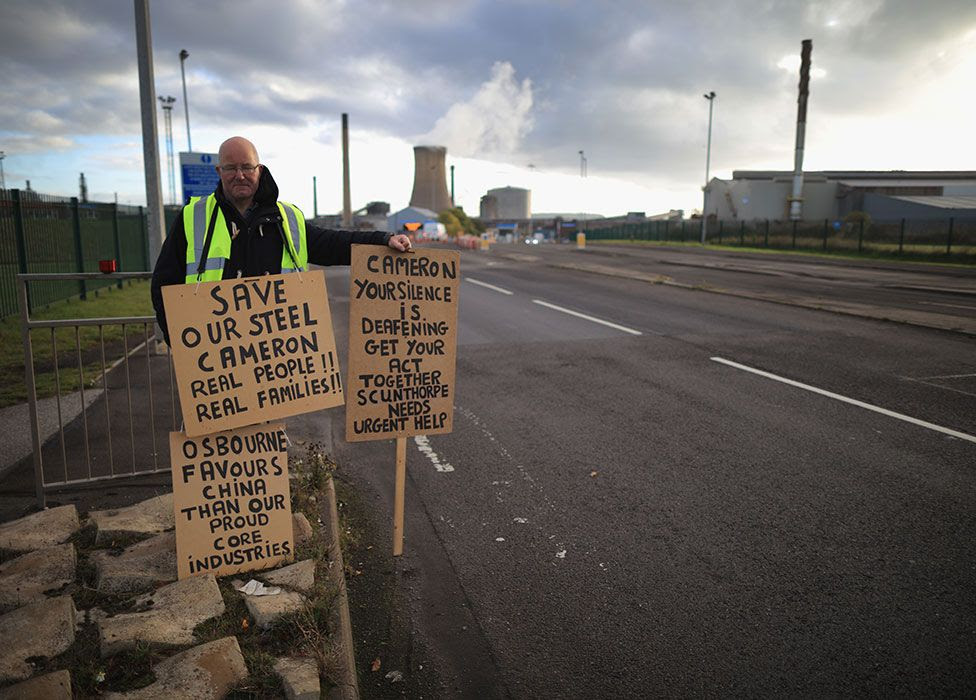 Image captionTata worker Neil Dawson protests about plans to close the processing plant at Scunthorpe
The Dalzell plate rolling works in Motherwell and Clydebridge will both be mothballed (or kept for possible future use) with 270 jobs at risk.
These plants have been operating since 1872 and 1887 on the banks of the River Clyde and are the last major processors of steel in Scotland.
The other 900 jobs will go in Scunthorpe, in Lincolnshire. 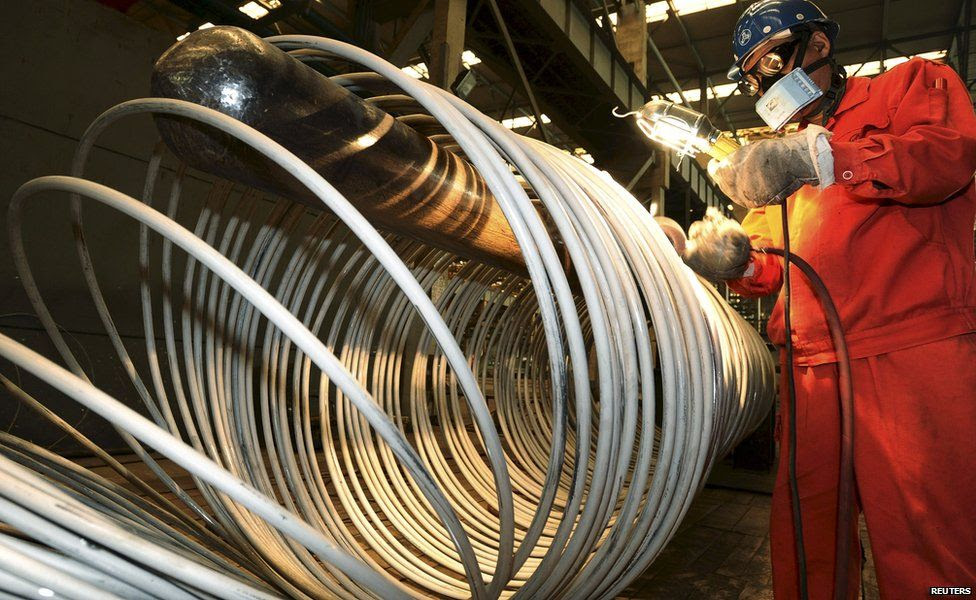 Image captionA worker polishes steel coils at a factory in Dalian, China
720 jobs losses were also announced at factories in Rotherham, Stocksbridge and Wednesbury in July and in August Tata revealed that 250 redundancies were to be made in strip steel jobs at Llanwern, Newport.

What's the history of British steelmaking in a nutshell?

The British steel industry has been nationalised (owned by the government) and privatised (owned by a company) a number of times.
But by the 1970s, when it employed around 200,000 people, it was in trouble. 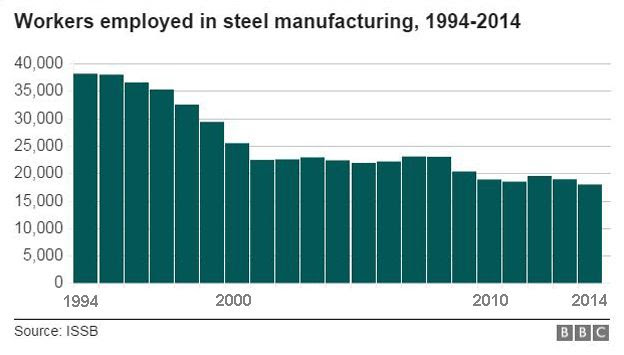 Increasing competition from around the world, outdated technology and high labour costs led to former Conservative prime minister Margaret Thatcher eventually privatising the industry in 1988 for good.
There are now under 30,000 people employed in UK steel.

What has British steel been used to make?

Steel from Tata's Scunthorpe plant has helped to build the Humber Bridge, parts of Heathrow Terminal 5 and the new Wembley Stadium as well as abroad on big projects such as the Petronas Towers in Malaysia. 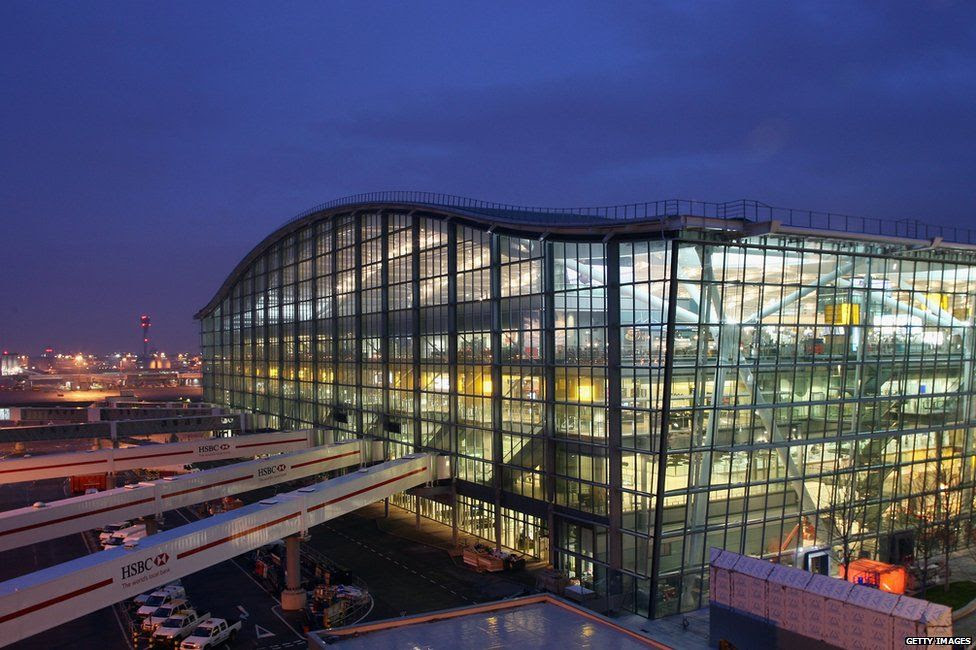 Posted by Wembley Recycling Ltd at 06:56